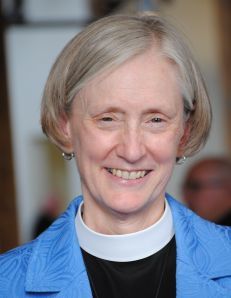 Lee Ann grew up mostly in Virginia Beach, Virginia, but graduated from Glastonbury High School in Connecticut. She is a graduate of Dartmouth College. While her children were young, she ran a home-based business with a developmental toy company. A lifelong Episcopalian, she was sponsored for ordination by the Diocese of Maryland and received her Master of Divinity degree from General Theological Seminary in 2001. After serving at St. Andrew’s, Glenwood (Howard County, Maryland), as Assistant to the Rector, in 2003 Lee Ann accepted the call as Rector of the Church of the Messiah in Baltimore. She was called as Rector of St. Paul’s Church, Riverside, Connecticut, in 2008, and became Canon for Mission Leadership for the Episcopal Church in Connecticut in August 2015. She is married to David, owner of the Labyrinth Company, and they have two grown daughters.